Our thanks to Bryan McMorran writer of this article. Bryan is the Editorial Director of AutoEV, the number one media outlet for all things Electric Vehicle. 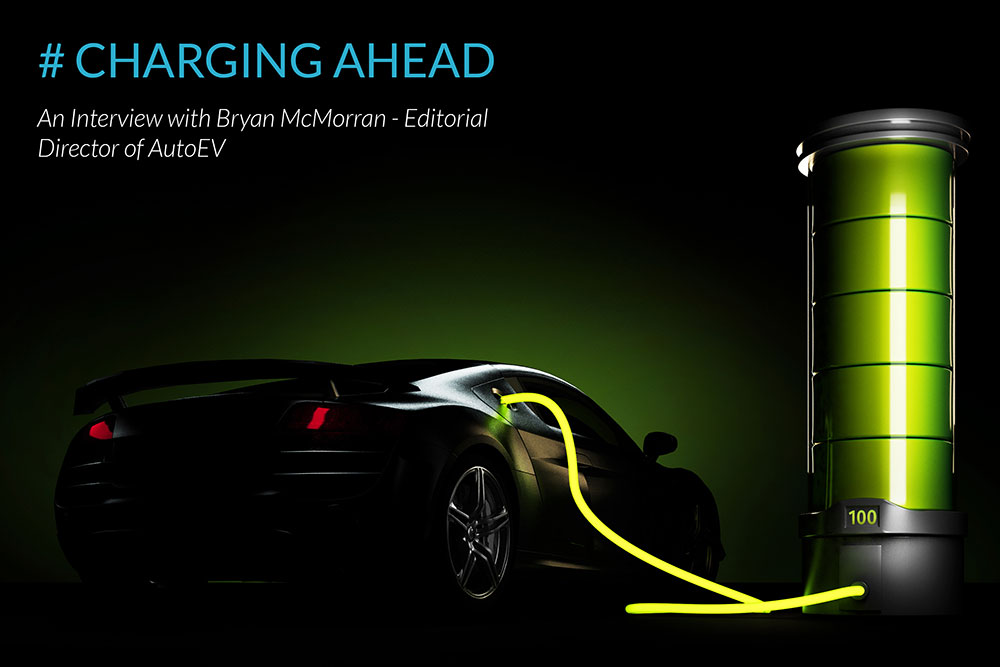 The world is dying. Are electric vehicles the answer?

The world is dying.  Oceans are rising, ice caps are disappearing and the air that we breathe is not, despite what The Hollies say, all that we need.  In fact, it is the last thing we need in some cities. Climate change is real and it’s happening now. Today.

Let me state here categorically that electric vehicles are not the answer to the problems that we face.  They aren’t going to save the polar bear. Nor are they going to achieve a unilateral shift in how the world perceives the car.  The whole life costs of mining for the material that we need to create the batteries, of how we power the factories that build the cars, and then how they are transported around the world is far too great to be offset by the still relatively small numbers they sell in to have any significant change to the environment.  But they do have a part to play.

People have been slightly misled about the part the EV has to play in today’s world.  The shift away from fossil fuel that is mooted by the UK Government will, of course, help to reduce air pollution in urban areas as the level of traffic increases at the rate in which the road network falls into disrepair.  That much is a given. After all, if you’ve ever tried to drive into any part of West London during the morning rush hour, you can physically see what damage is being done. Buildings are crumbling, and exhaust fumes are a stark reminder of what we are breathing into our own bodies.

It’s not the end of the road for your classic car.

But we don’t have to give up our classic Ferrari’s and Jaguars just yet.  After all, you don’t see too many 250 GTOs or D-Types on the school run.

No, let’s keep it all in perspective.  The advent of the electric vehicle allows us to carry on enjoying those cars that we love.  The fuel crisis of the 1970s is still recent history, and oil is really what it’s all about. Large corporations, and even Governments rely heavily on the stuff to add to their own wealth. We are animals of greed by nature and no-one is willing to give up on that profit just yet.  We’re even willing to go to war over it.

Fossil fuel does, however, have a shelf-life.  And that is what the main concern is. There is only so much of it left. Unless we are willing to plunder every acre of the planet in search of more, we need to find alternatives. The positive effect on air quality is just a nice by-product of it.

Electricity is, of course, the easier and quicker alternative at the moment.  And electric cars aren’t new anyway. In fact, in the 1890’s EVs were all the rage. They outsold their fossil-fuelled equivalents to the few that were privileged enough to be able to afford a horseless carriage.  It was only when a certain gentleman called Henry Ford came along and showed how cheaply he could make a petrol-powered car that the pendulum swung the other way.

The attempts that followed over the next 100 years just never caught the consumer’s imagination. They were always marketed as “economy” saviours rather than something for enthusiasts, and therein lies the problem.  As well as being a bit greedy, the human race is also a bit selfish, and more than a little lazy. We don’t want to give up on our fun and we don’t have all day to wait around putting electricity into a car. A quick splash and dash is what we want, and then back to some opposite lock we go.

And along came Tesla.

It took until 2008 when a technology company by the name of Tesla would show an electric car to be something other than a small, unexciting eco-box on wheels, and even then, we weren’t convinced.

Of course, 11 years on we see that the electric car has come on leaps and bounds, yet it still has limitations.  Recharging is still something we see as an inconvenience as it still means we have to wait around at least 40 minutes to recharge the majority of the battery.  This despite the fact that we think nothing of plugging our mobiles in to recharge overnight.

Hydrogen gives a much greater range than electricity, and the by-product is pure H2O.  Its issue is storage, and transportation as anyone who knows the significance of the word “Hindenburg” will know.

A new way of living with your electric vehicle.

The problem with EVs is not with the product themselves, but in our stubbornness to seek out a new way of living with the car.  I’ve been driving nothing but electric cars for over 6 weeks now (and that includes a family holiday in Cornwall from our home in Surrey) I remain unconvinced that they are limiting in any way.  You plan your trips differently. You factor in a time when the car will have to be recharged, and you shift your day accordingly. We left our holiday EV on charge at a railway station and took the train into town instead.  I paid less for parking as I was out of town, I didn’t have the stress of having to navigate unfamiliar streets whilst I looked for the elusive, and expensive, parking bay, and it meant that I was able to enjoy the short train ride conversing with my family, rather than cursing under my breath with everyone being anxious.

Then there comes the issue of driver enjoyment.  I spent over a week with the new Tesla Model 3 Performance, and I can say that it is a superbly capable high-performance sports saloon that actually made me get up early and head out down to Sussex to find some great driving roads.  In complete silence too, and at a minimal cost.

At the end of the day, alternatively fuelled cars are not here to cramp our enjoyment of driving but exist so that we can still enjoy driving those cars that we love.  Yes, manufacturers, protestors and governments can bleat on about how they are saving the environment. The reality is that if enthusiasts adopt them as a tool to carry out the mundane tasks we use a car for, then that leaves the precious resources in place for us to use in our beloved petrol-powered classic and sports cars as enjoyment.  I’m willing to use an electric car in order for me to still enjoy using my classic. And don’t view it as a chore. In my opinion, the BMW i3 is actually one of the best cars on the market today. Not just one of the best electric cars, but one of the best cars period. Drive a Tesla Model 3 Performance and tell me an M4 is quicker.  Porsche Taycan? Yes, please! One of the fastest and best-looking cars Porsche has ever made, and 100% electric.

Your classic car is not under threat.

The car is not under threat.  We just need to adopt a responsible attitude towards it. Let’s accept that we might need to change our ways in order to keep enjoying it.  That’s why an electric vehicle sits on my driveway. It’s slowly charging on cheap electricity overnight ready for the school run. In the meantime, my old Bentley sits there patiently waiting for me to use her for that special trip when nothing but the subdued “woofle” of a 6.75 V8 will do.

You can visit www.autoev.co.uk for all the latest news and reviews, search for used EVs and order a copy of the quarterly magazine.  AutoEV is also available on social media, including a weekly episode on its own YouTube channel.

If you are using your electric vehicle more frequently and need a safe place to keep your classic car, let us help you! To find out more about available car storage options contact us.