Festival of Speed 2019 – Better Every Year

Well, the Goodwood Festival of Speed 2019 was, as ever, an absolute highlight in our motoring calendar. Leading up to the event we always get a little busier at South Downs Secure car storage.

This year, was no exception, as we were storing cars that were heading to the Bonhams auction at Festival of speed 2019. We spent the week prior to Festival of Speed preparing these cars and transporting them to Goodwood. Of course, we also had clients who wanted to enjoy the sunshine and their cars over the weekend. So, by the time Sunday came, we were ready for a little motoring R & R.

It just keeps getting better:

Every year I find myself wondering how the following festival can get any better. In a way, it’s not really about being better in regards to the theme. It’s more about being relevant and unique. Somehow the team at Goodwood manage to pull this off year after year. Alongside this, you will often see small improvements around the site to try and help visitors get the most from the festival.

Some of the stand out features this year were the exhilarating arena shows, including, the Drift Competition. Drift Champion James Deane ‘The machine’ put on an explosive performance in the BMW M3.

There was also a remarkable host of exclusive debuts revealed this year such as the Ginetta Akula, McLaren GT, Extreme E and the Audi R8 LMS GT2 amongst others and regardless of your stance on the electric revolution it would be unfair not to mention the staggering Hillclimb record set by the VW I.D.R with a blistering time of 39.9 leading us all to ask where can it go from here.

The Future Lab has been a feature at Goodwood FOS for several years. But, it’s always worth checking out. This year, there was a whole host of innovative features to see. My favourite was the new VR experience using footage taken only a few weeks ago from the space station; you really did get a sense of being on board. 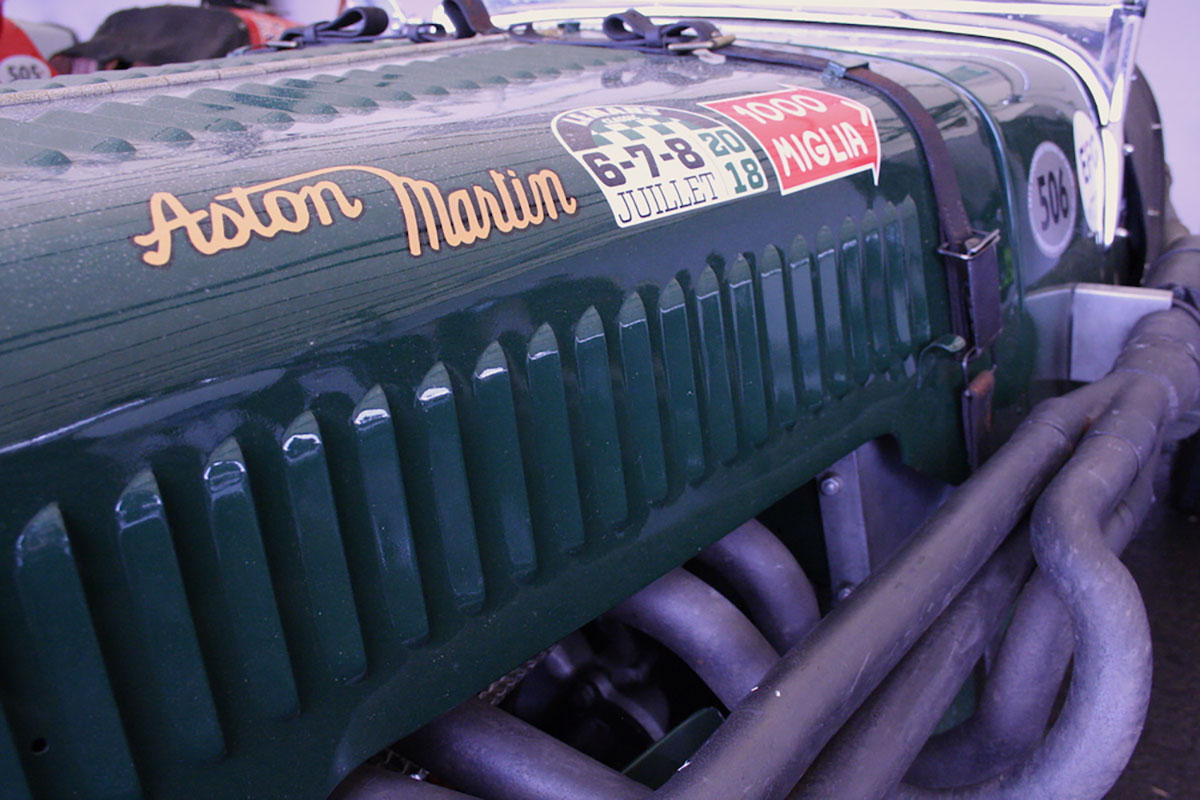 While there was break in the rain I took the opportunity to have a meander around the Cartier Concours cars. I found myself drawn to the very pretty 1950 Abarth 205 Monza entered by Nocolas Edel. With its Mille Miglia history and wonderful but used and loved condition it just stood out as winner. Later in the day I caught up with one of the TV crews preparing to shoot the car, who mentioned it may have been awarded the ‘Best in Show title’ so it would appear I made the right choice. 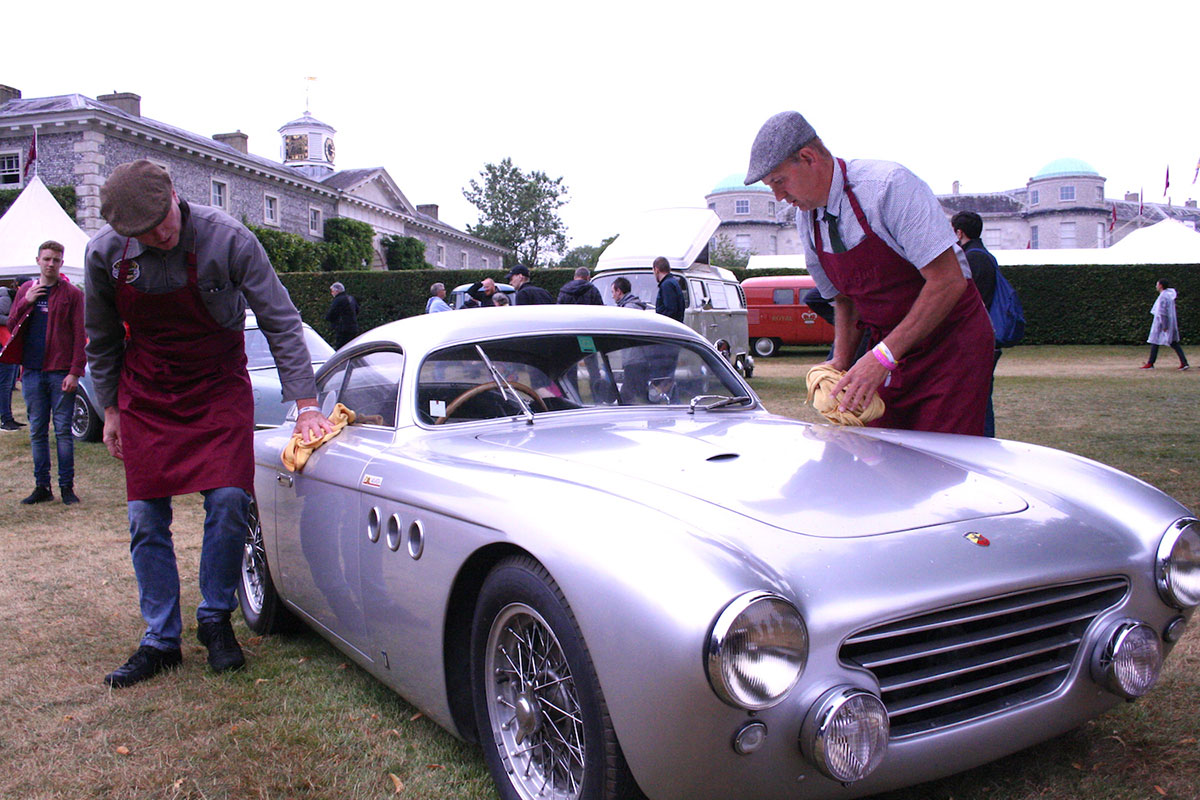 The only other car that caught my eye as a real contender was the 1936 Bugatti Type 57S Atlantic. It just has the styling and elegance of a futuristic design of its time and yet still appears conceptual in design by today’s standards.

The great thing about the Festival of Speed is that it has something for everybody. So, highlights are always going to be subjective. But, for me, this year’s highlight was undoubtedly the moment Sir Jackie Stewart drove up to the entrance of Goodwood house. He drove the extremely rare Marcos Xylon Special accompanied by the sounds of the Scottish pipe band. He was greeted by the Duke of Richmond and lead to the famous balcony where he gave a memorable speech to mark not only the 50th anniversary of his win at the British Grand Prix in 1969 but in the same year taking the World Championship title. 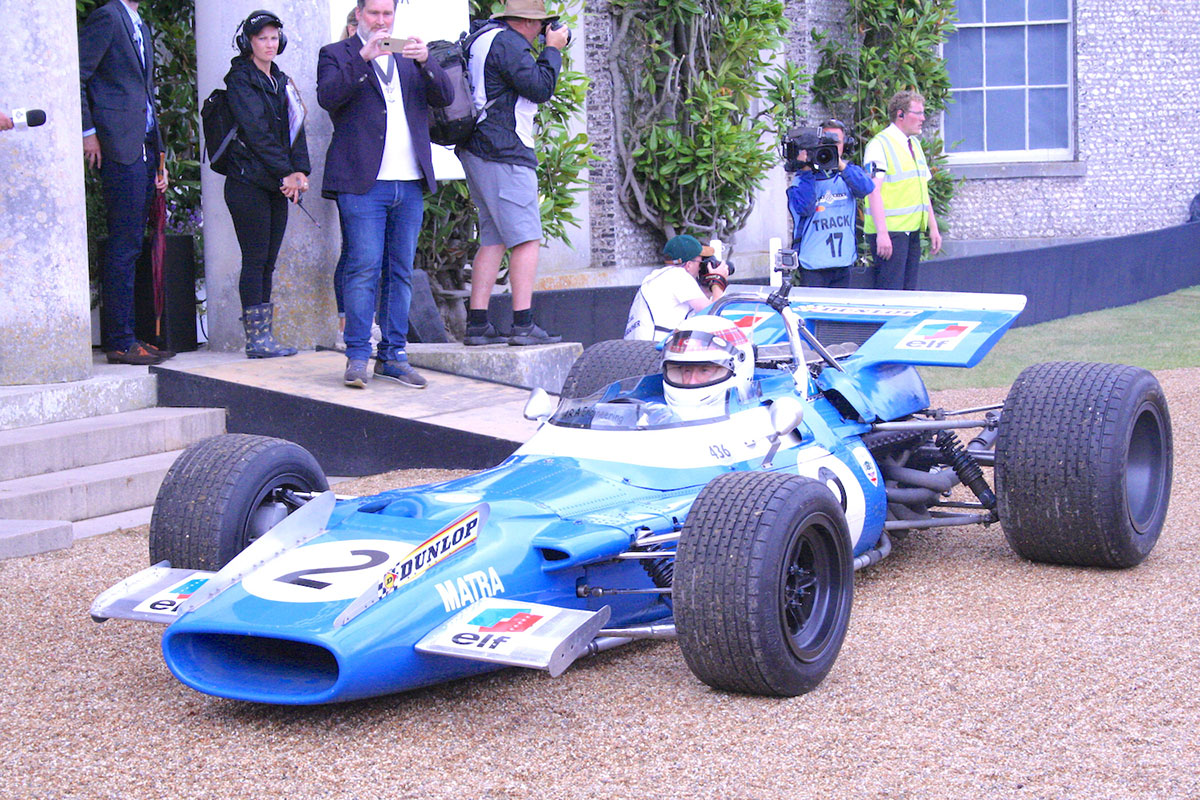 Sir Jackie, who was also celebrating his 80th birthday, paid homage to all his supporters and Goodwood for such a wonderful career in Motorsport. He closed his speech with a moving explanation of his charitable work with ‘Race Against Dementia’ where he hopes to accelerate breakthroughs in the prevention and treatment of dementia.