Sam Miller – One Man and his Alfa

Over eleven decades, Alfa Romeo has produced vehicles of enviable style and as only the Italians could! Even the legendary Henry Ford once said, “When I see an Alfa Romeo go by, I tip my hat”.

So, it comes as no surprise to Sam Miller that when he drives his classic Alfa Romeo Giulia Super around London, he is the recipient of frequent waves, a regular thumbs up and giant smiles from passers-by. With its vibrant Mediterranean green colour and a touch of the Le Dolce Vita era, it’s impossible not to be captured by the romanticism of this beautiful car; it truly encapsulates the sweet life! 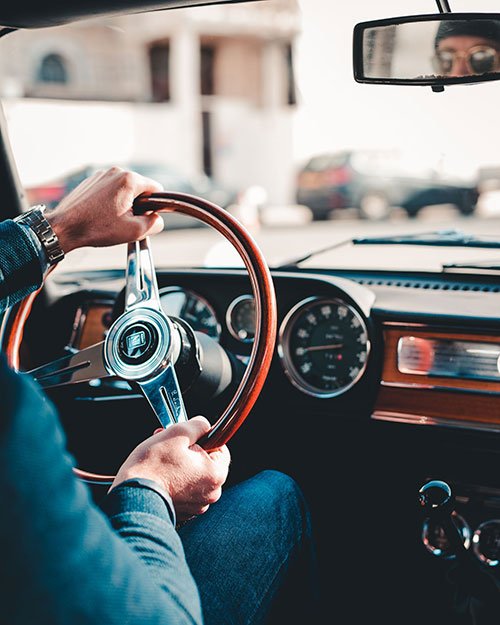 Sam Miller – One Man and his Alfa

Sam is the founder of Sam Miller Cars and The Extraordinary Car Club. He enjoyed a childhood surrounded by unique cars; his father bought and sold Ferraris for over thirty years. But it is the Milan based Italian marque that has always held a special place in Sam’s heart. He had learned to drive in his father’s Alfa 33 at 12 years old. He’d also owned several Alfas himself from his late teens and through his twenties. When he decided that the Giulia Super was the car for him, it was never his intention to use it as a daily driver. That said, this is what the car has become, and it suits Sam and his family perfectly.

Sam bought his classic Alfa Romeo Giulia Super from a dealer who had just imported it from Southern Italy. It had two previous owners and its original logbook, which appealed to him; it had also been very well looked after and was generally in good condition. Since Sam has owned the car, affectionally named Broccoli, by his children, it’s received several upgrades carried out by Alfa Romeo specialists, Alfaholics. It’s also been showered with TLC by Sam himself, who insists it brings him as much pleasure now as the day he bought it almost seven years ago.

Asked what makes the car so unique, Sam replies, “Where do I start?” But then he does… Singing the praises of the rev-happy twin-cam engine, disc brakes, limited-slip diff, and the coefficient low drag aerodynamics. Sam shares that this was the first production car designed using wind tunnel technology and was more slippery than a 911 of the same era. He concludes, “It’s magic! It makes you want to drive and drive and then drive some more.”

Who says you can’t use a classic as a daily driver?

Despite having the car dynoed to produce 165BHP and fitting GTA style trumpets to make a beautiful sounding induction, Sam insists the car is still perfect for daily use. The practicality of four doors and a giant boot outweighs its slightly heavy steering for town use. Sam uses Broccoli for the school run, the weekly shop and driving to favourite restaurants for dinner. Sam says, “I couldn’t imagine keeping my Giulia Super for Sunday best; the feeling of being behind the wheel of the car you love the most on a daily basis is fantastic. Every drive is a good drive!”

But even a daily driver can make memories. Sam says, “This car has given me some of my best memories, although I’m not sure I should share them all!” Sam recalls that when he first introduced the car to his father, who also has a passion for Italian marques, he hadn’t told him beforehand that he’d bought the car. “I simply said I needed to nip to the shop for some milk and asked if he’d come with me. When I took him down to the garage and opened the doors, there was this little Super; I remember the look on his face; it was priceless!” 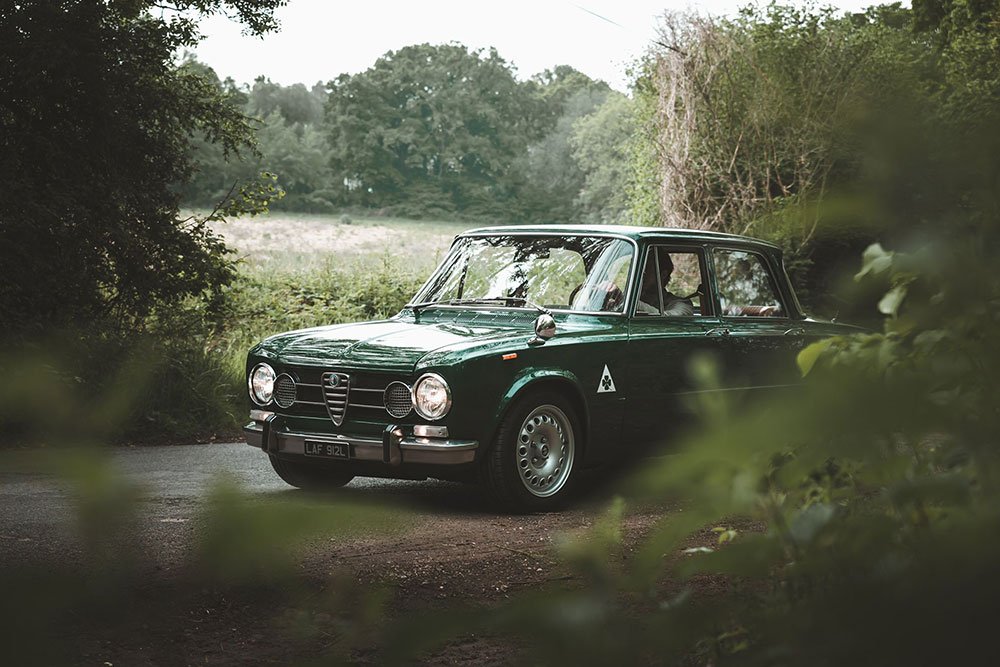 Sam has also made memories by taking his Giulia Super on several road trips and many of his Extraordinary Car Club adventures. He has travelled across the UK and into Europe but hasn’t yet taken the car back to Italy, although Sam insists this is on the cards. The ease with which the Super eats up motorway miles makes it a pleasure to drive distances. Also, its generous space means it can comfortably accommodate bags packed for an extended trip.

As the owner of Sam Miller Cars, buying, selling, and brokering some of the world’s most unique classic and future classic vehicles, Sam is used to seeing cars come and go. However, when asked if he would ever part with his super little Super, his answer is a resounding “No!” He says, “This car is part of the family; it’s a vehicle I want my children to have the pleasure of driving too. I simply couldn’t imagine not having it in our lives.”

We hope you enjoyed this car story. Do stay tuned for the next in our series of South Downs Secure Car Stories. In the meantime, if you would like to find out more about the car storage solutions we offer at South Downs Secure, contact us here.