What Makes a ‘Classic Car’?

What exactly is it that qualifies a car as a ‘classic car’?

This is a question we have often pondered at South Downs Secure, so we decided to put it to automotive aficionado, Bryan McMorran. You may remember Bryan from a previous guest post he wrote for us here. Read on to discover Bryan’s take on this often considered question. 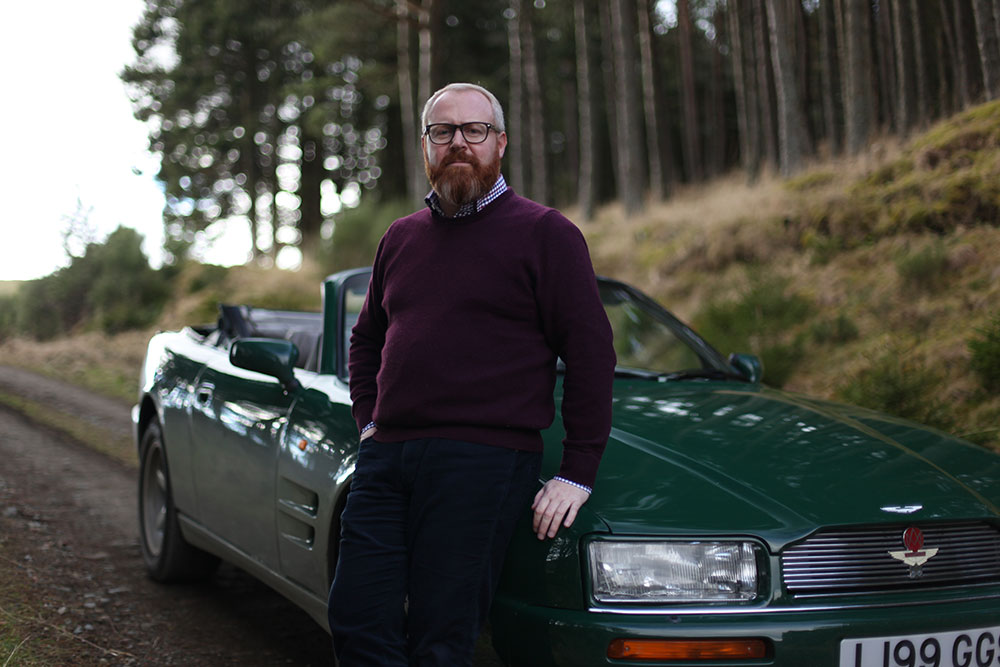 Up until about 1980, there really wasn’t the term “classic car”.  You either had a new car, or you had an old car (let’s not muddy the waters with veteran cars – that’s for another day).

During the 1970’s, what we look at today as bona fide classics, were then, just second-hand cars.  Who knew what values would do back then?  Depreciate, most likely, almost cars did.  I recall the fact that Nick Mason, he of Pink Floyd fame, thought it a “ridiculous thing to do” spending £35,000 on an old Ferrari in 1977, a vehicle he still owns today.  It’s now worth around £35m and is revered as the King of Classics, the Ferrari 250 GTO.  So what happened?

The rise of classic cars came about as the world went mad in the ‘Eighties for, well, just about everything.  Money could buy you anything, and the rarer, the better.  Things started become unobtainable, and whether it was art, antiques or cars, money spoke volumes.  And then, it didn’t.  The world fell out of love with the rich and flamboyant at the end of the decade, and austerity-hit the world and values plummeted.  Back then, money was cheap, and vast sums of it could be made off the back of a couple of telephone calls from your desk, before celebrating with a new Porsche after a 3 Martini lunch.  Classic cars were just seen as “one-upmanship” on your golf buddies, and the inevitable dive that the market took meant that the playing field was levelled again.

Over the past twenty years or so, we have seen a continuous rise in values of classic cars, but this has also been driven by the success of people, and their desire to own the unobtainable again.  If you were born in the ‘80s and were into your cars, of course, you probably spent your life lusting after that Peugeot 205 GTi, or that Porsche 911 Turbo.  A Miami Vice fan?  Must have a Testarossa then.  Demand starts to outstrip supply, and the merry go round starts again.

Probably the most often used phrase by classic dealers goes along the lines of “I used to have one of them back in the day, and sold it for peanuts.  If only I’d kept it…”.  Hindsight is our colleague.  Over and over again I get asked to predict future values of cars, but in this more cautionary period, I explain that my crystal ball is slightly foggy these days.

As much as history has a case of repeating itself, we may not see the crash that happened at the end of the ‘80s again, mainly because investment in classics has been done with real money this time, not borrowed.  With interest rates low and the stock market more twitchy than a cat in a room full of rocking chairs, classic cars gave a good return on your money.  That said, some of the ridiculous sums paid for what seem to be relatively new cars over the past few years, will level out, and maybe burn a few fingers, but not in the same way it did when Gordon Gecko was in charge.

What I will say is the classics of the future will follow a similar path to those of the past.  History tends to repeat itself, and so the original Golf GTI which was once just a tasty little hatchback can now be considered a true classic, and not just modern classic.  Let’s not forget that the car is now forty years young.

So, is there a set criteria that a car needs to become a bona fide classic?  Not really, as every car will get old, and therefore become a classic in some form or another.  A 1973 Ford Cortina is considered a classic by some, so why shouldn’t a 2013 Ford Mondeo in 40 years time?  The lusted-after classics of the future will, however, have to tick a few boxes.  Rarity, limited build numbers (don’t be fooled by the difference of limited build and limited edition though), a classic marque with desirability and sporting pedigree wouldn’t go amiss either.

All of that said, just as with the Golf GTI and latterly, some of the performance Fords of the ‘70s and ‘80s, don’t think you will need a Kings Ransom to be in with a shout either.  Just be canny, do some research, and some cars that can be bought for relatively small sums now may just be a shrewd investment.  We’ve already seen a significant rise in the values of cars such as the E30 BMW M3, and with that, its replacement, the E36 is now climbing.  The same goes for the Porsche 924/944/968, once the butt of many a “proper Porsche” fan’s joke.  Who’s laughing now?  I could go on.

What is in no doubt is that while bodywork protection has improved in leaps and bounds since those early classics were built, many cars now feature complicated electronics, so when looking for that future classic, my advice would also be to keep it simple.  Look at production numbers and don’t get hung up on it being a “prestige brand” either.  Refer back to how well received the car was by press and punters alike.  Cars that wowed the enthusiasts like the Lotus Elise S1, Renaultsport Clio Trophy, Ford Focus RS are just as desirable as 911 GT3s and Ferrari 360 Challenge Stradales, and won’t need a bank robbery to afford.

Whatever we try to predict for the future, there is no guarantee of realisation.  I sometimes refer back to a renowned sommelier when choosing wine.  Find something you enjoy, buy it, and drink it.  A classic car can be just the same.  Buy what you like, drive it and enjoy it.  Just make sure you look after it for the future generations to enjoy it too.

If you would like to discover more articles written by Bryan, you can find them in the Private Motor Club journal he’s also recently launched his own blog on the automotive world called House of Cars, find it here.